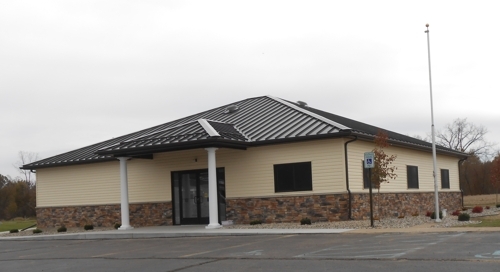 Ovid Township is located in south-central Branch County in the south-central region of Michigan’s Lower Peninsula. Ovid Township is bordered on the north by Coldwater Township, on the west by Bethel Township, on the south by Kinderhook Township, and on the east by Algansee Township. The township is primarily rural and agricultural in character. Interstate 69 bisects the township connecting it to the cities of Coldwater and Lansing to the north and Angola and Fort Wayne, Indiana to the south.

Samuel Baker established the first settlement in Ovid in July 1836. In the spring of 1837, the legislature officially organized the township.

Lakes are a dominant feature of Ovid Township. They are scattered throughout the 36 square miles. However, one lake, in particular, Coldwater Lake, has a significant impact on the township. Coldwater Lake has a surface area of 1,610 acres, 1,292 of which are located in Ovid Township. It is the largest of many lakes in the township, it is at the southern end of a chain of lakes that stretch across Branch County.